Steb Fisher to be guest speaker at BCCAN AGM 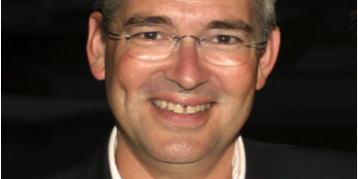 Bathurst Community Climate Action Network (BCCAN) is pleased to announce the guest speaker at its upcoming Annual General Meeting, to be held at 6pm on Tuesday, October 18 in the Courtyard Room at the Bathurst RSL.

Dr. Steb Fisher has a BA, MA and DPhil in Chemistry from Oxford; he spent eleven years with BP; took a PMD at the Harvard Business School; and after a spell as assistant to the chairman of CSC (Computer Sciences Corporation) Europe now runs the Pathfinder Network and Steb Fisher Photography in Victoria in Australia.

At BP, based in London, he had postings to New York and Singapore and was involved in the main stream of refining, shipping and trading activities culminating in the development of an export refinery in Indonesia.  Time at Harvard laid the groundwork for membership of the Project 1990 team at BP and as the de facto architect of the proposals, which led to BP’s radical programme of change during the 1990s.

Just before leaving London he played an active role in the Tomorrow’s Company Inquiry at the RSA (Royal Society of Arts), whose findings were published and implemented, with the key phrase being the “Inclusive Company”.

He is an Honorary Research Fellow at Federation University Australia

Designing and facilitating programmes/workshops in:

Steb is:     An Honorary Research Fellow at Federation University Australia

Director and founder of The Pathfinder Network Pty. Ltd. (Australia)